May Full of Hope

Earlier in May, politics left the UK mainstage for a while. Then came the Conservative – Labor talks negotiating a sound Brexit plan to back in the parliament. Then those talks broke. Then May announced her exit on June 7. Then came the EU parliamentary elections.

May’s exit was wished upon by many and was merely surprising. UKIP successor Brexit Party’s victory was also expected, and probably not wished upon as much as May’s exit. These two outcomes stemmed from the same reason: Brexit was not delivered.


This resulted third of the population voting for parties that were openly supporting a no-deal Brexit, which adds up to 35% of the votes. Conservative and Labor leave voters have shifted a 5% of their votes to this bloc as well. 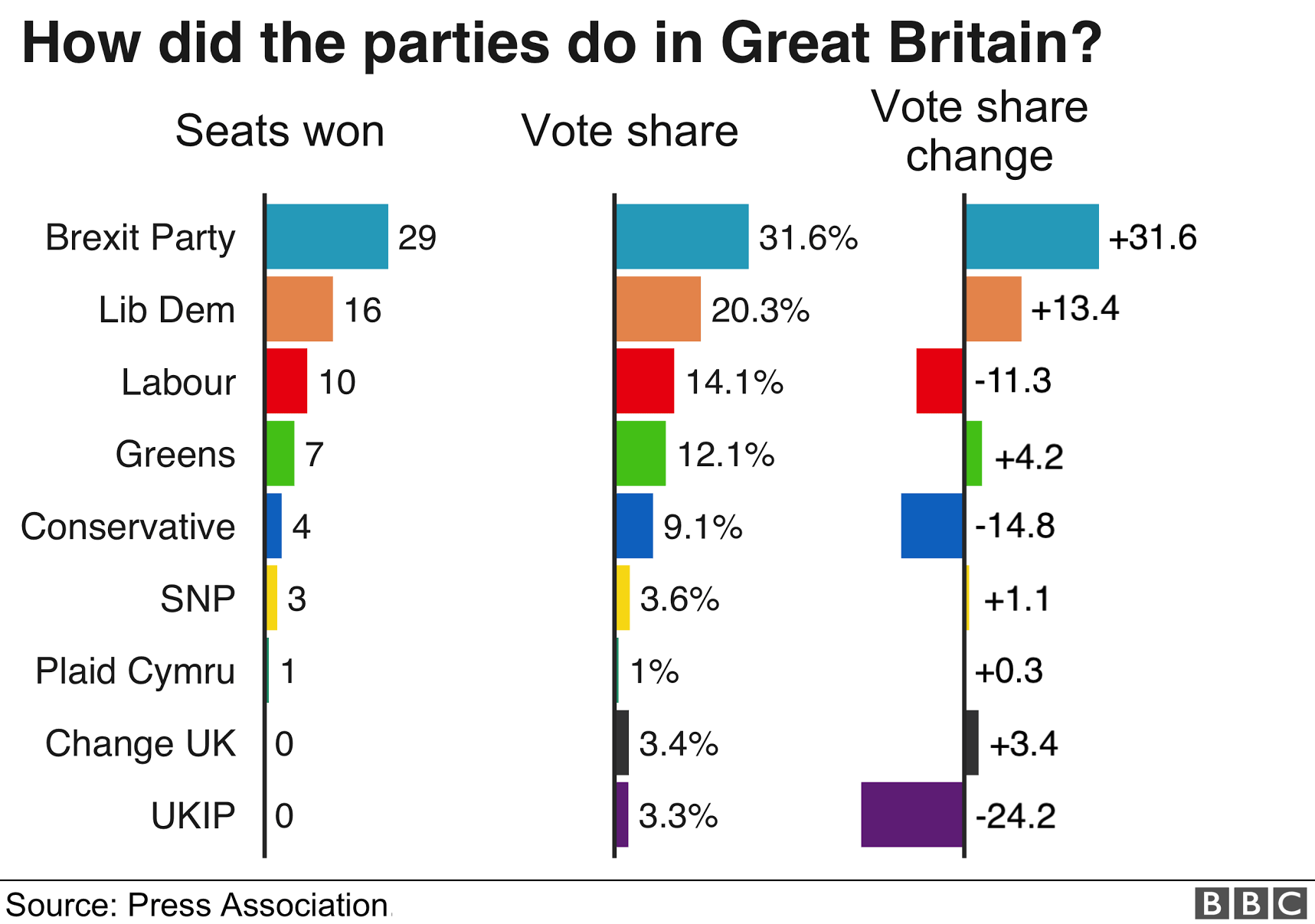 What was not as much expected though, was the amount of votes going into the remain bloc. Openly remain parties such as Liberal Democrats, Greens, SNP and Plaid Cymru gained 40% of the votes, which gives them an overall advantage over leave bloc. In addition to that, knowing most Labor voters are remain voters, you can make a claim that the public is more supportive of a remain position on the Brexit issue.

As hard as it is to make a strong claim about pushing a second referendum in political terms, it was comforting to see that remain is more likely to win in case a public vote takes place. And it is certain that most of the Westminster politicians are aware of it, like the opposition leader Jeremy Corbyn changing his attitude on the referendum stance.